We have been advised if the memoir is a bestseller (i.e, 10,000 sales) then securing film or miniseries support is not difficult. We have 2 directors who have expressed interest in converting the book into fim. So now we need a graphic designer who can create such a compelling dustcover that it supports are sales goal. The memoir is a tell-all true crime book which is likely to be explosive when published, as it will reveal many never before released details about where bodies are buried and corrupt practices of powerful people. Therefore, we need a skilled graphic designer who can create a very professional cover design to drive us to this sales target. This project will be something the cover designer will be able to be known for if the memoir sells half as well as expected, so could really lift the profile of the designer and book alike. The memoir has been done as a charity project, growing our of spending time with edlerly people. We hope it will generate income to help support the charity and garner our protagnoist well overdue and much deserved recognition.

Must have own computer with relevant programs for creating the dustcover

Suitable for Type of work
Express Interest
Shortlist
what is this?

To let the organisation know you're interested, we'll forward your details to them. After that, they'll take it from there.

Shortlist
what is this?
Print 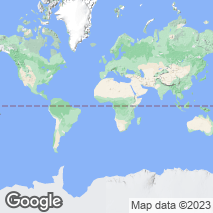 We are a start up charity who needs help getting established. We have a very experienced cohort of staff awaiting funding to commence with us. We ...
Full Profile | More Opportunities (6)