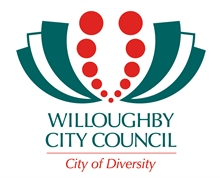 Only 8.5km from the Sydney CBD, the Local Government Area of the City of Willoughby covers an area of 23km/sq and includes the suburbs of Artarmon, Castlecrag, Castle Cove, Chatswood, Middle Cove, Naremburn, Northbridge and Willoughby, as well as parts of Gore Hill, Lane Cove, St Leonards and Roseville.

Approximately 70 000 people live within the Willoughby City area, many of whom have come from other parts of the world to make Willoughby their home.

The area is known mainly for its Chatswood shopping district and transport hub, but also has significant native bushland and harbour front with several peaceful and picturesque bushwalks. Historically significant sites such as the Walter Burley Griffin cottages and the Castle are present, as well as places of note such as the Royal North Shore hospital, a campus of the University of Technology, and the headquarters of the Nine Network.

Within the district Willoughby City Council is responsible for things such as the library, roads, garbage removal, recreational facilities, conservation, planning and development, youth services, senior services and much more. It is a general purpose Council broken up into four wards, each of which have specific Councillors to represent them.